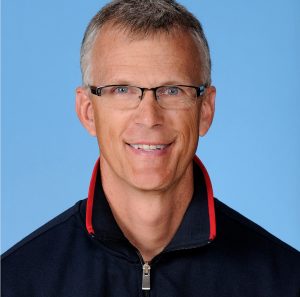 A leading sports chiropractor and spine pain expert in Denver, Dr. Joel Carmichael, DC attended Logan College of Chiropractic in St. Louis, graduating valedictorian magna cum laude in 1985. He became the second chiropractor in the United States to complete a one-year hospital residency in chiropractic family practice at Lindell Hospital with an emphasis in orthopedics. He attended grand rounds in orthopedics and rheumatology at Barnes Hospital/Washington University School of Medicine—ranked in 2007 as the 4th leading medical school in the country. Throughout his hospital residency, which was the first of its kind in the modern hospital era, Dr. Carmichael worked alongside medical physicians and surgeons, providing care in both inpatient and outpatient hospital settings.

The hospital residency training afforded Dr. Carmichael the opportunity to participate in a podiatry rotation to obtain an advanced understanding of the complex mechanics of the foot and ankle. He assisted in orthopedic surgeries of the foot and ankle and was the first Doctor of Chiropractic in the country to perform manipulation of the foot under local and general anesthesia. As a result of this experience, Dr. Carmichael published and lectured extensively on the biomechanics of the lower extremity, fostering his love for treating the running athlete.

Dr. Carmichael is board-certified in chiropractic sports medicine, having received his Diplomate status (DACBSP®) from the American Chiropractic Board of Sports Physicians in 1996. He was chosen by USA Volleyball to be a credentialed member of the Sports Medicine team for Beach Volleyball at the 2012 Summer Olympic Games in London. At the Games he provided chiropractic coverage for eight tremendously gifted athletes: 3-time Gold medalists Kerry Walsh-Jennings and Misty May-Treanor, Silver medalists April Ross and Jennifer Kessy, Beijing Gold medalists Todd Rogers and Phil Dalhausser, and the pre-Olympic top-ranked tandem of Jake Gibb and Sean Rosenthal.

In addition to working with neck, back and headache pain patients Dr. Carmichael treats athletes at all levels of competition, including the NFL, the NBA, the PGA, professional tennis players on the ATP tour, professional beach volleyball players, world champion archers, elite marathoners and weightlifters, and high school athletes in all sports. He also was selected by USA Weightlifting to treat the USA Weightlifting Team at World Championships in Athens, Greece (1999), and in Warsaw, Poland (2002), as well as at U.S. Olympic Team Trials (2000) and at several national weightlifting championships. He served the USA Archery team at the London Olympic Test Event in 2011, and at World Championships, Indoor World Championships and USA Team Trials in 2012. Closer to home Dr. Carmichael currently works with many high performance athletes who attend local high schools as well as Universities and Colleges nationwide.

When he is not with patients in the clinic or at an athletic venue, Dr. Carmichael and his wife of 37 years enjoy their deepening friendship and their daughters, sons-in-law, and grandchildren. When there is spare time Dr. Carmichael enjoys studying (he is over half way in completing a PhD in Clinical Investigation at the University of Colorado School of Medicine’s Graduate School), presenting research findings (including at a recent international sports sciences conference in Copenhagen, Denmark,) and, together with his colleagues at the Interdisciplinary Movement Sciences Laboratory at the University’s Anschutz Medical Campus, exploring ways to help people recover faster and more completely from orthopedic conditions and sports injuries. 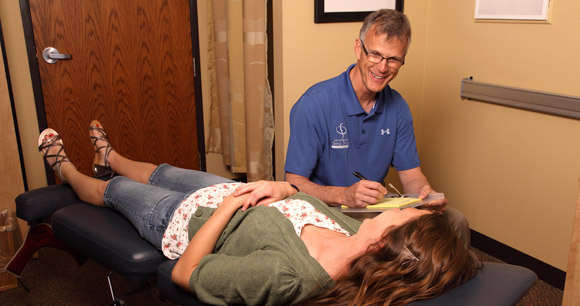